PrevSubscription Philanthropy — The New Way to Give
Foster Care: Children and Youth Need the Support of the Whole CommunityNext

MOST PEOPLE IN AMERICA:

In other words, a great majority of people in our community have absolutely no knowledge about CASA or the importance of the program.

CASA KANE COUNTY & THE MOVEMENT: Who we are and the children we serve.

CASA stands for Court Appointed Special Advocates and GAL stands for Guardian ad Litem. We are part of a 1,000-program network that began in 1977 when one Judge’s vision to train community caring volunteers to advocate for the best interests of children was formed. We are a 501(c)3 nonprofit organization that advocates for the best interests of children in abuse/neglect and probate courts. We are appointed to more than 500 children each year and we recruit, train and supervise over 250 CASA/GAL volunteers with 22 staff members, 25 board of directors and an advisory panel of 40 professionals.

The long-lasting impact of abuse on a child can be profound, increasing the risk of other issues or problems, such as; substance abuse, developmental disabilities and learning problems, anti-social tendencies, teen pregnancy, low self-esteem and even criminal activity. Every child deserves to be given the opportunity to thrive and live without fear. In partnership with the 16th Judicial Court System, the organization is appointed as the CASA/GAL (Court Appointed Special Advocates/Guardian ad Litem).

Children who have experienced abused and neglected need more than the system can provide.

These are not isolated child abuse and neglect stories. They are everyday realities of children in foster care and the child welfare system. A system full of devoted and deeply caring people that is simply too overburdened and under resourced to protect the rights of vulnerable children. 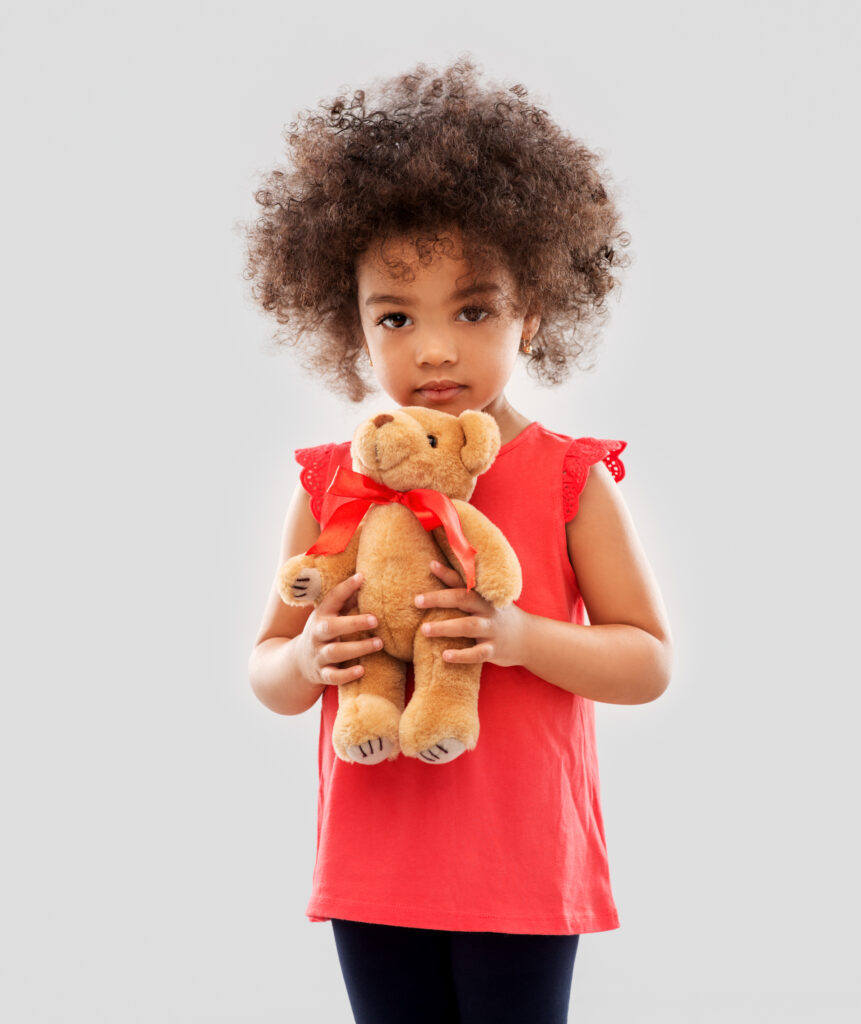 WHAT WE DO: The solution begins with a single CASA/GAL Volunteer!

A specially trained advocate, appointed by a judge, who fight for the rights of children during the most vulnerable times of their young lives, is where every story begins. Not a mentor or special buddy, but a court appointed special advocate – a CASA/GAL volunteer that has the child’s best interest and is trained to get those interest met by the system. A trusted adult empowered to ensure that each child is well cared for and able to find a safe, loving and permanent home. A specially trained advocate who will help a child through a time of great vulnerability and fear. Who will fight until that child is in a place to thrive and understands that he/she has a right to believe and advocate for their own unalienable rights.

BEST INTERESTS: A Safe Home – A Permanent Home – As Quickly as Possible!

The CASA/GAL volunteer is guided by the best interest principle when advocating for a child. This means that the volunteer knows the child well enough to identify their needs and collaborates with the organization’s professional team to ensure permanency. The volunteer makes fact-based recommendations to the court about appropriate resources to meet those needs and inform the court of the child’s wishes, whether or not those wishes are, in the opinion of the CASA/GAL volunteer, in the child’s best interest.

What CASA Kane County & CASA/GAL volunteers are doing to promote permanency for children/youth: 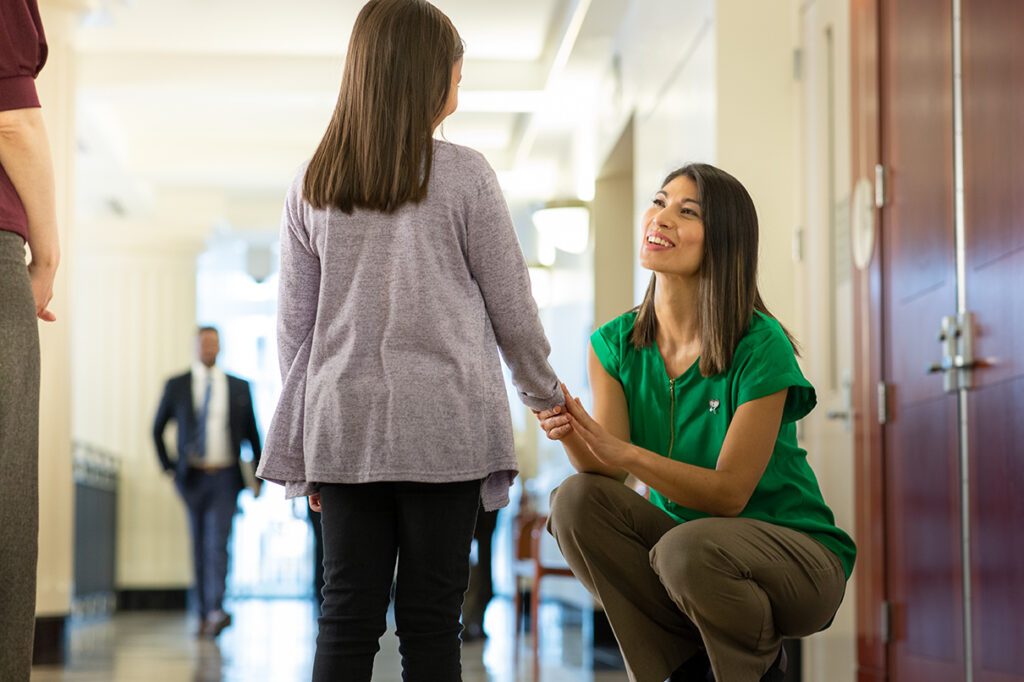 WHY WE AE MAKING THE DIFFERENCE: Identifying gaps and resources!

More often than not, the ball gets dropped in communication among the child/youth, social service agencies, and educators. The court needs all of that information to understand the child’s whole story. It is the CASA/GAL volunteer’s responsibility to ensure all the relevant educational information gets brought back to the court.

The biggest differences for our youth are:

Note…If the child is reunified with their parent(s), it’s because they completed the necessary steps and services to become better individuals and parent(s). If it is in the best interest for parental rights to be terminated, the child(ren) can look forward to a better home.

In order for the Judge to make the best possible decisions in court, the Juvenile Court Judges have found CASA/GAL volunteers to be invaluable in providing them with that information. 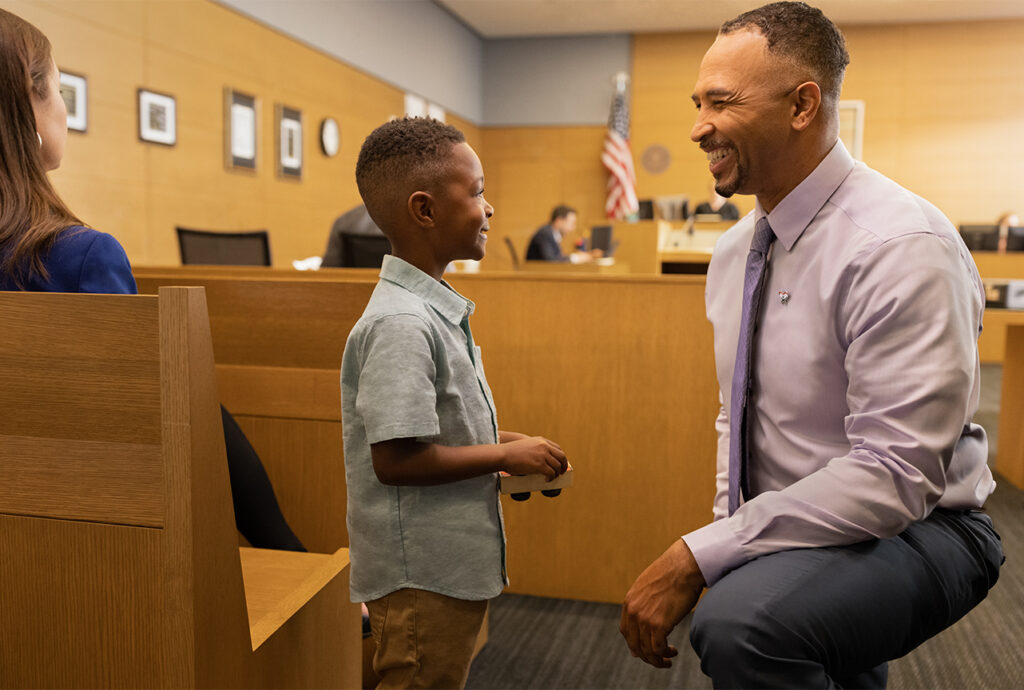 “Most citizens do not know what goes on behind the closed doors of the juvenile and family courts of this nation—but CASA/GAL volunteers do. They see the pain and trauma of the child first- hand. They understand the law and the court process. They guide the child through the labyrinth and give the child comfort during a traumatic time. The CASA/GAL volunteer appears in court… to hold the system accountable to the best interest of each child.”

CASA Kane County is nonprofit volunteer organization advocating for the best interest of children in abuse and neglect situations throughout Northern Illinois. CASA (Court Appointed Special Advocates/Guardian ad Litem) volunteers are specially trained to become the objective voice of a child for a judge.